The ancient town of Hoi An is widely known for its peculiar traits preserved for centuries, and tourists to the central city can find distinctive features in both the age-old structures and peace of mind there. More is to come though, and visitors to Hoi An can be richly rewarded as authorities of the ancient town are seeking to link up Hoi An with Cham Islet, which itself is an appealing tourism attraction.

Leaders of Hoi An have held a two-day exploration on Cham Islet with more than 40 tourism enterprises to discuss tourism development with new programs, with an aim to take visitors to the countryside, craft villages and islands.

The city will make a better plan to identify key destinations in the cluster of eight islets commonly known as Cham Islet. Efforts will be made to preserve the pristine charm, bio-diversity, forest and marine resources as well as fresh environment of Cham Islet.

Operational tourism facilities including restaurants in Ong and Chong beaches will be rearranged to expand the area on the beaches and nighttime playgrounds for tourists. The authorities will promote motorbike tours to destinations such as Eo Gio, To Vo Cave, and the age-old banyan tree on the Nay Beach among others.

Restoration of facilities in the craft villages will be made, alongside training courses for human resources at such vllages.

Cham Islet has been named a global biosphere reserve by UNESCO’s International Coordination Council of Man and the Biosphere Program. Its economic growth is rather high thanks to tourism development. In 2010, the islet welcomed over 55,000 tourists, and the number more than tripled to 171,000 tourists last year.
Hai Duong (thesaigontimes)

Said about us on Tripadvisor 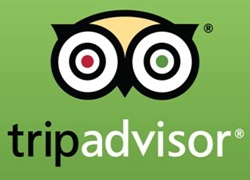